The statue of Our Lady of Luxembourg comes from the former St. Barbara Church in Lasauvage 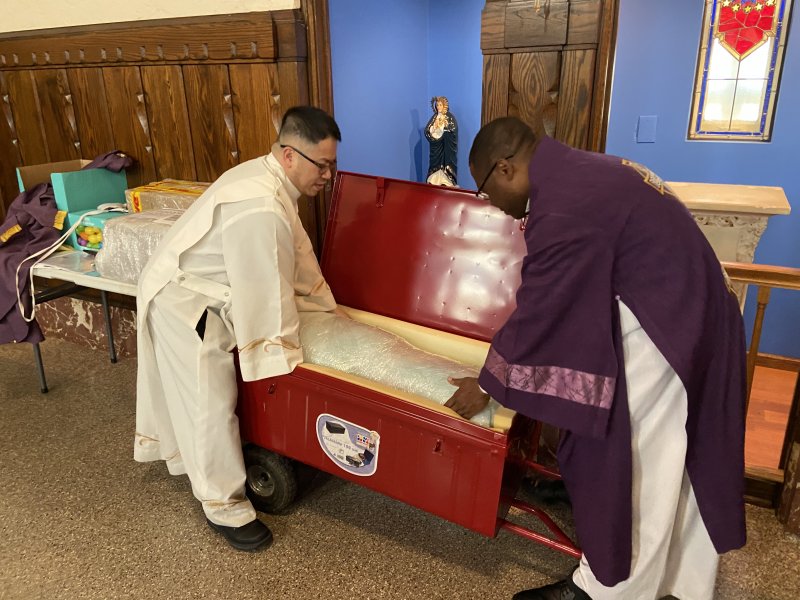 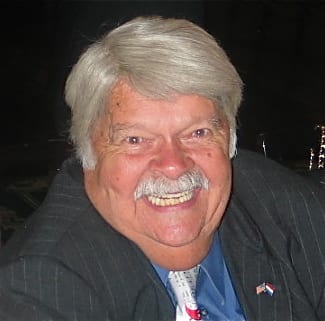 George Meyers’ grandparents (family names Meyers, Weiler, Rolling and Pettinger) hailed from Derenbach, Wilwerwiltz and Esch-sur-Sure, Luxembourg, and immigrated to Chicago in the 1880s. George was a member of Sections Three and Eight of the Luxembourg Brotherhood of America (LBA), served as Grand Lodge President of the LBA, was long time Treasurer of the Luxembourg News of America and was a Founder member of the Luxembourg American Cultural Society. “Meyers-Rolling Lane” in the Luxembourg Center’s New Luxembourg Development in Wisconsin was named on behalf of the generous donation given to capital campaign to build the Luxembourg American Cultural Center in 2008 by George and his sister Dolores (Meyers) Chozianin. One of George’s greatest honors was to serve on the Welcoming Committee for Grand Duchess Charlotte and Prince Jean of Luxembourg when they visited Chicago in 1963.

In 1993, Grand Duke Jean of Luxembourg awarded George the Chevalier Award of Merit from the Grand Duchy of Luxembourg in recognition of his efforts to promote ongoing good will and activity between Luxembourg and the Luxembourg-American community in metro-Chicago. George Meyers died in Chicago in 2016 at the age of 83. 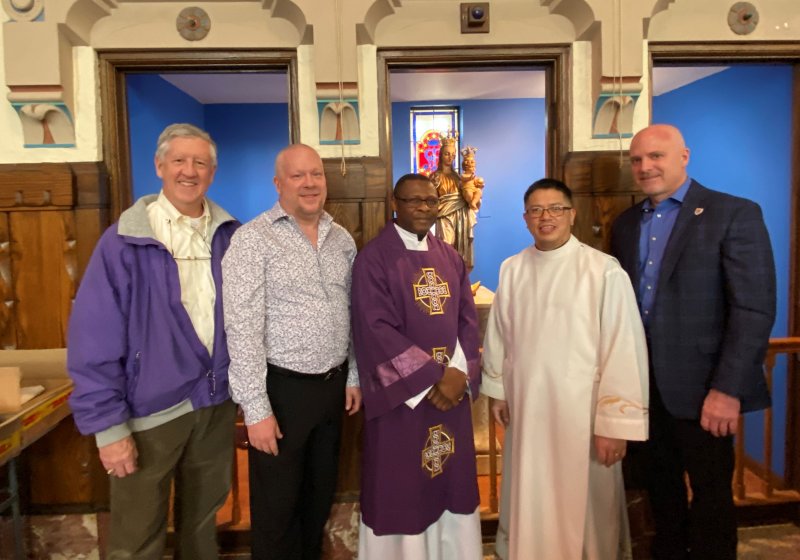 The statue of Our Lady of Luxembourg arrived in Chicago on March 6 and after Sunday Mass on March 8, the statue was revealed by Fr. Tirso Villaverde, pastor of the parish, Deacon Michael Neba, LBA members George Jones, Richard Witry, and Kevin Wester and about 80 members of St. Margaret Mary Parish.

The statue of Our Lady of Luxembourg comes from the former St. Barbara Church in Lasauvage, Luxembourg, on the country’s border with France. The parish and church in Lasauvage were recently closed during mergers of Catholic parishes in Luxembourg. The statue is a wood carving with the tradition vestiture and measures three feet by 15 inches. A formal blessing and enshrinement of the statue is being planned by St. Margaret Mary Parish and the Luxembourg Brotherhood of America. 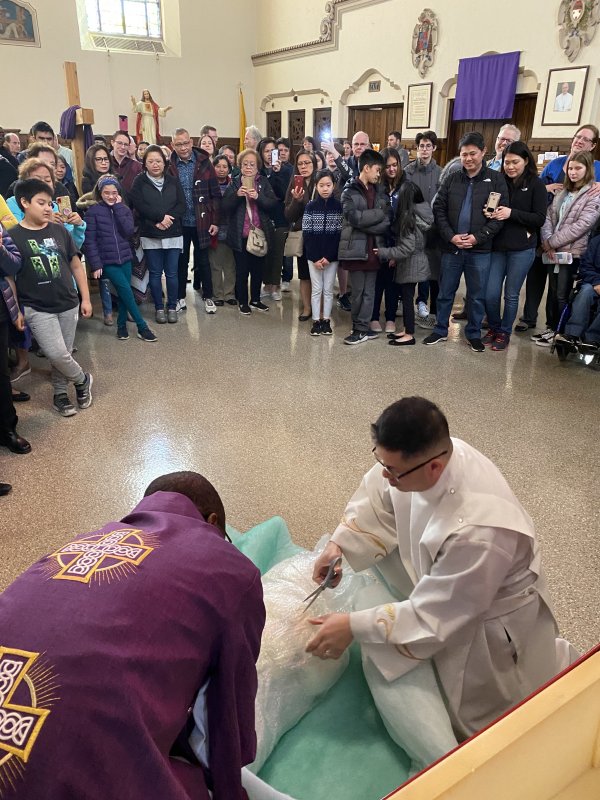 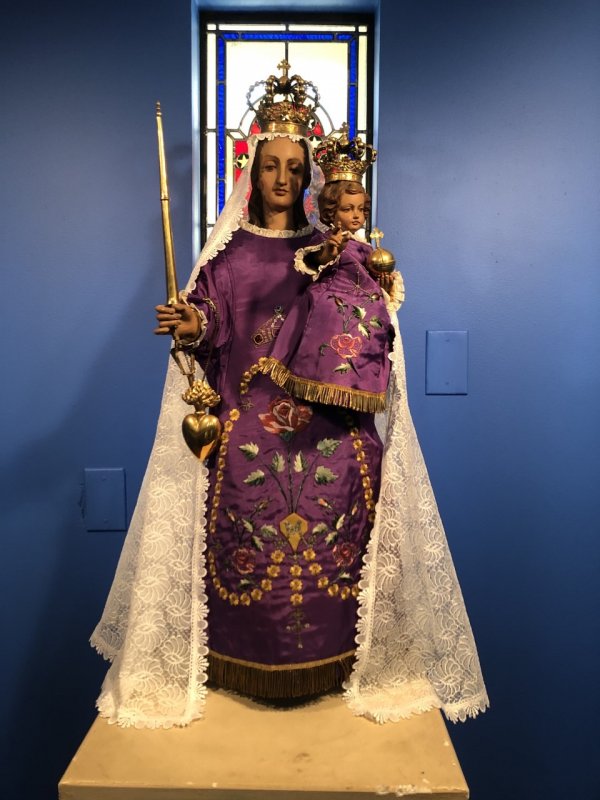